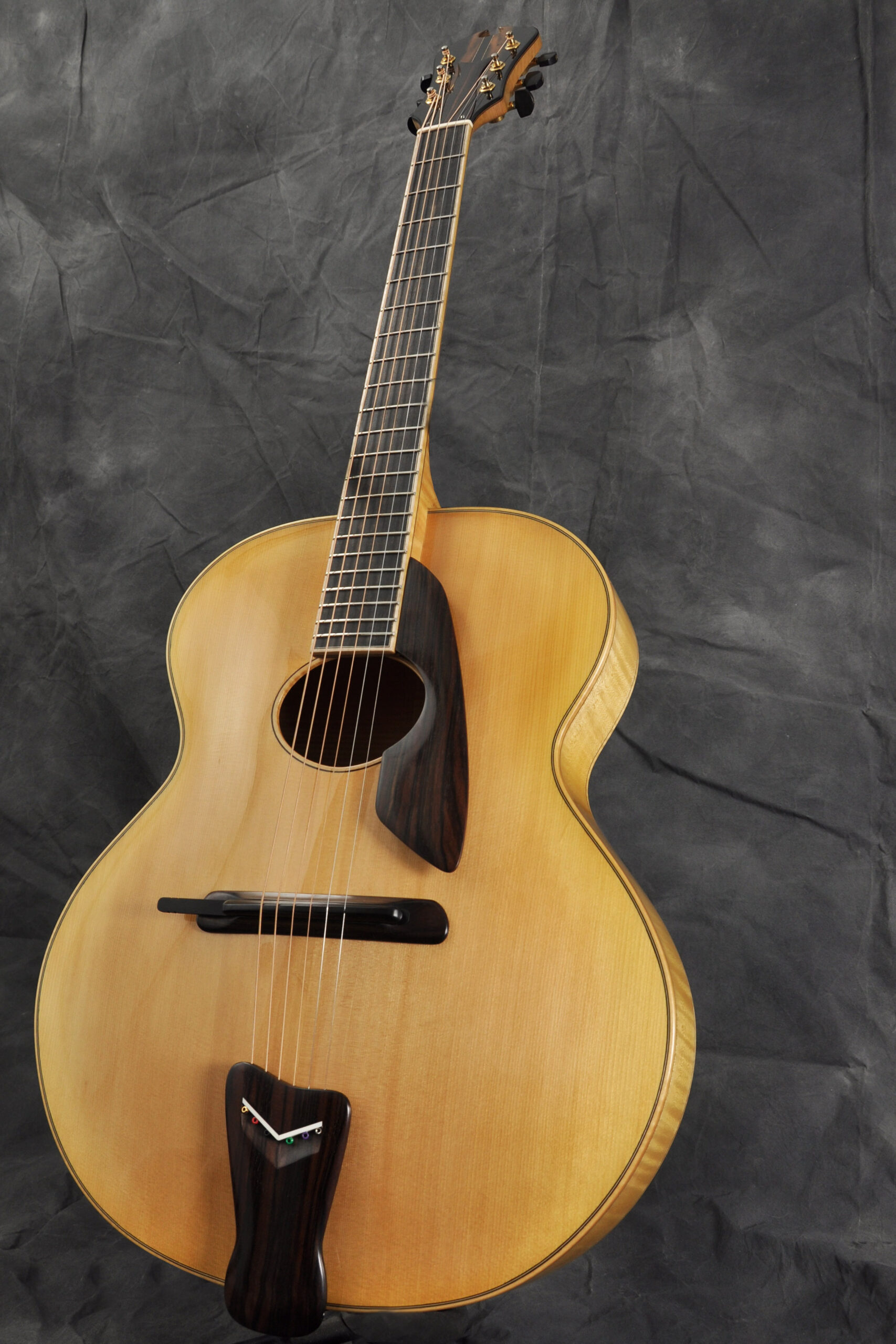 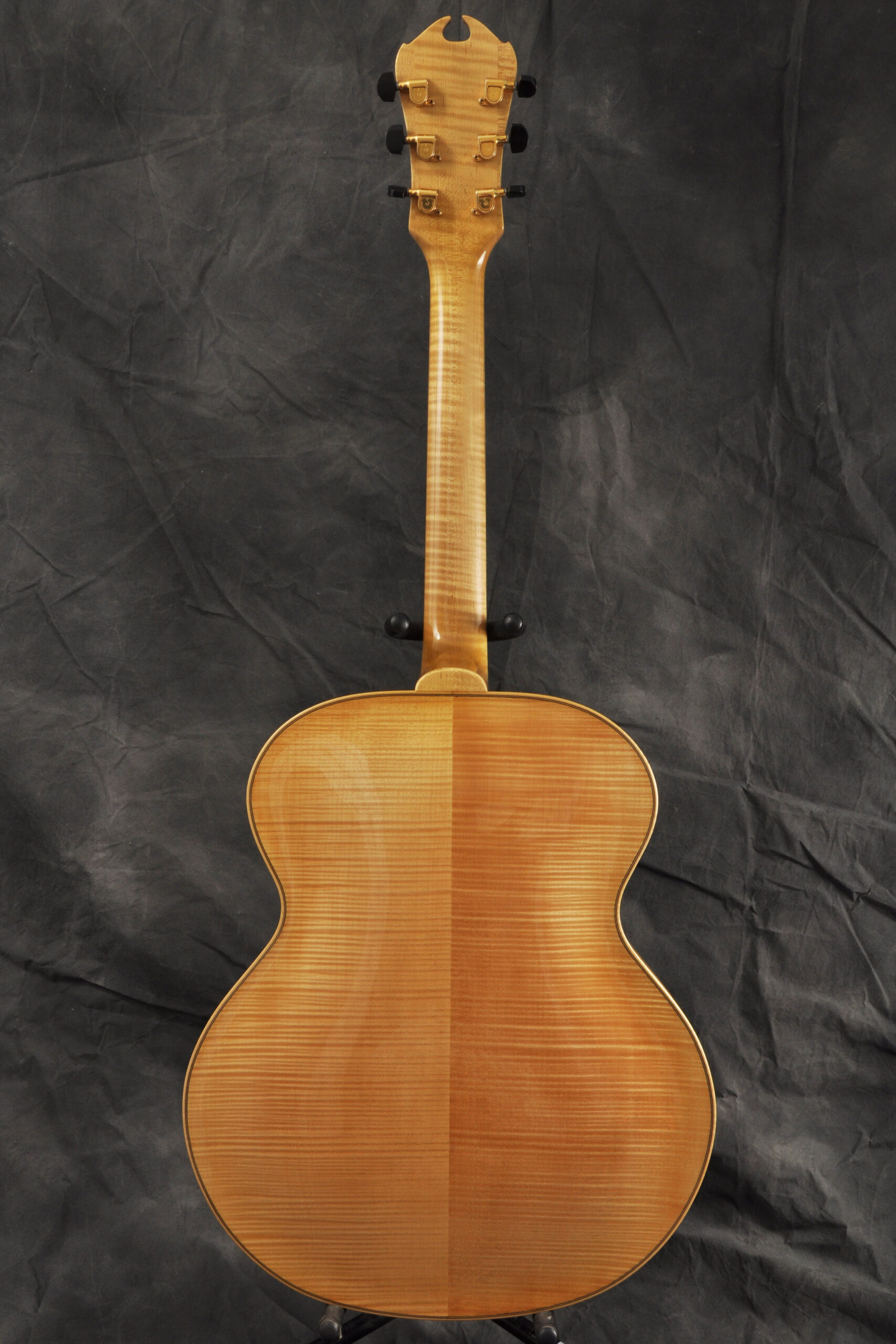 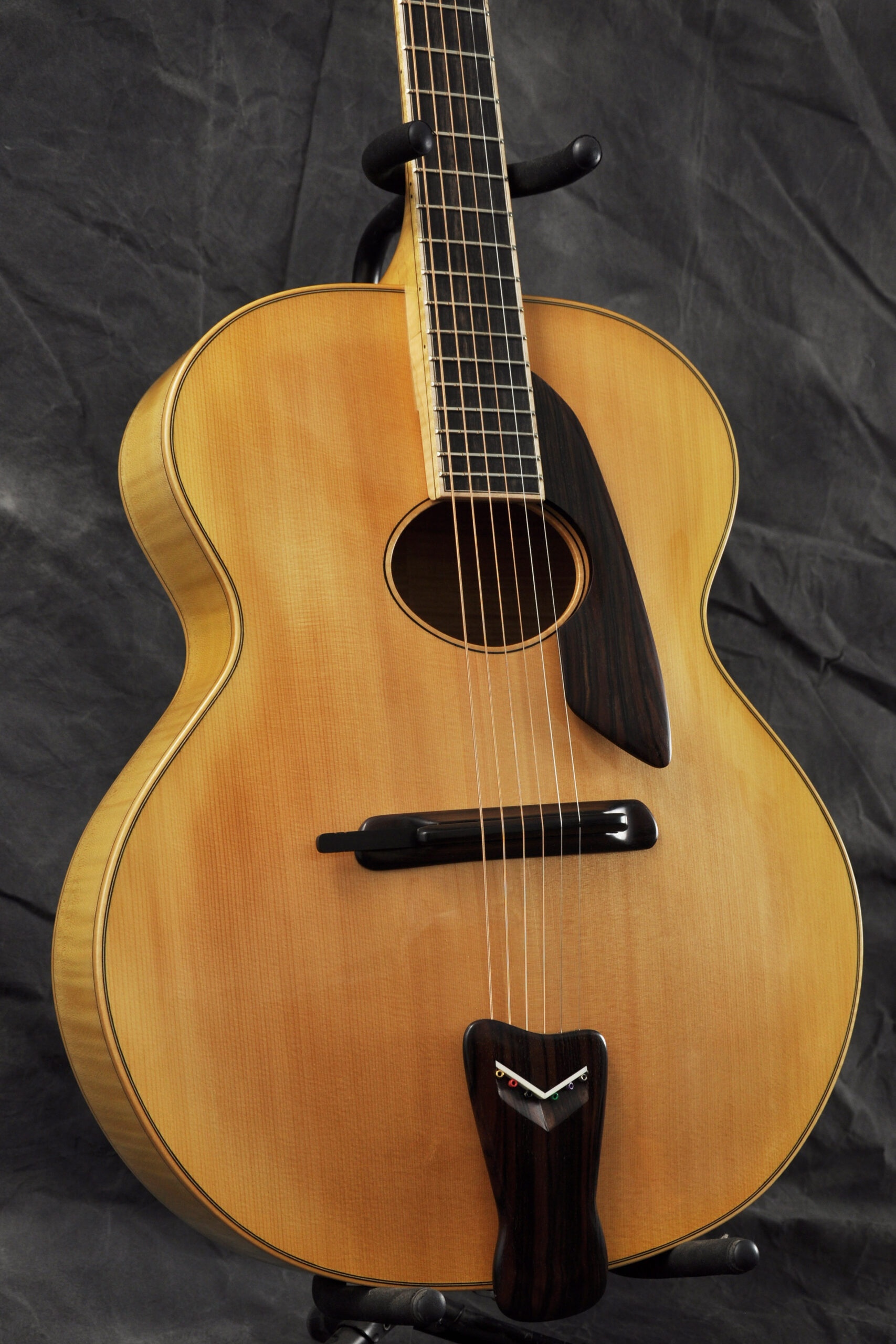 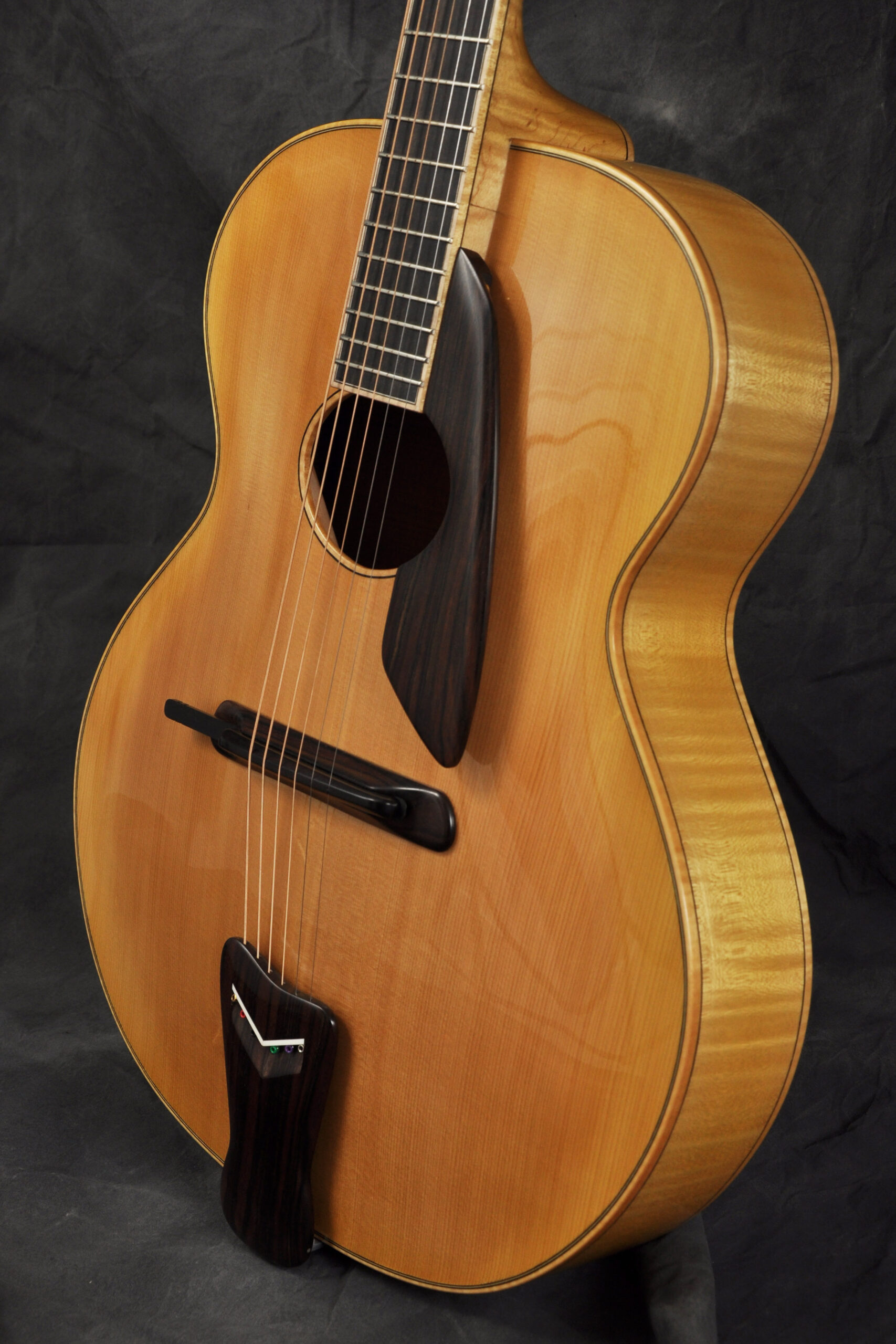 D’Aquisto / Mirabella Oval Hole Centura This was a very cool project and a humble way to say thank you to Jimmy for all his kindness and influence to me. It it will forever remain one of my most for filling experiences in lutherie. There are only two guitars that exist that were started by D’Aquisto and then finished by another builder. One, a Solo completed by John Moteleone and called the “Mont-quisto” And the second, this D’Aquisto/Mirabella Oval hole Centura Here’s the whole story as it was introduced for the 2010 Montreal Guitar Show. The D’Aquisto/ Mirabella oval hole Centura In 2009 I was commissioned to complete an instrument started by James L. D’Aquisto. The guitar, an oval hole acoustic archtop, had a top and back that were finished carved by Jimmy on the interiors, but the outer sides were left rough and unfinished. The neck was nothing more than a neck blank, however, the truss-rod slot had been cut by Jimmy, as well as it’s basic outline. The fingerboard as well, was shaped but not sized or slotted. All of the parts, trussrod cover, bridge and tailpiece had to be made. The completed guitar has been finished using only D’Aquisto’s materials. Though parts like the pickguard, bridge, and tailpiece had to be created, they are made using woods from D’Aquisto’s own workshop. With the support of James D’Aquisto II, even the color coat of lacquer on the instrument is from Jimmy own paints. This is one of only two instruments to have been completed from something James L. D’Aquisto began, and my involvement in this project was my humble tribute to Jimmy’s great influence on my own instruments. The Guitar would make it’s first public appearance at the Montreal Guitar show. June 28, 29 of 2010. Just one day prior to the show I received a message from good friend Peter I. In the past, he had told me of ordering a guitar from Jimmy in January of 95. But what he hadn’t told me before, was that it was for an Oval hole Centura. While I can’t be certain that the guitar is all the pieces D’Aquisto had planned for the instrument. It gives me a wonderful and even greater sense of honor and humility to have been a part of bringing this guitar to reality, now knowing for certain, that Jimmy had planned on creating this Oval hole Centura guitar