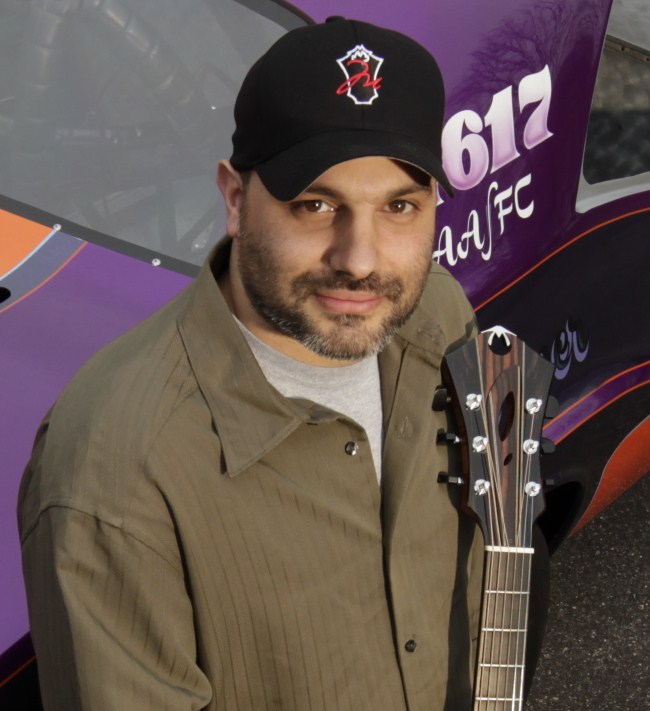 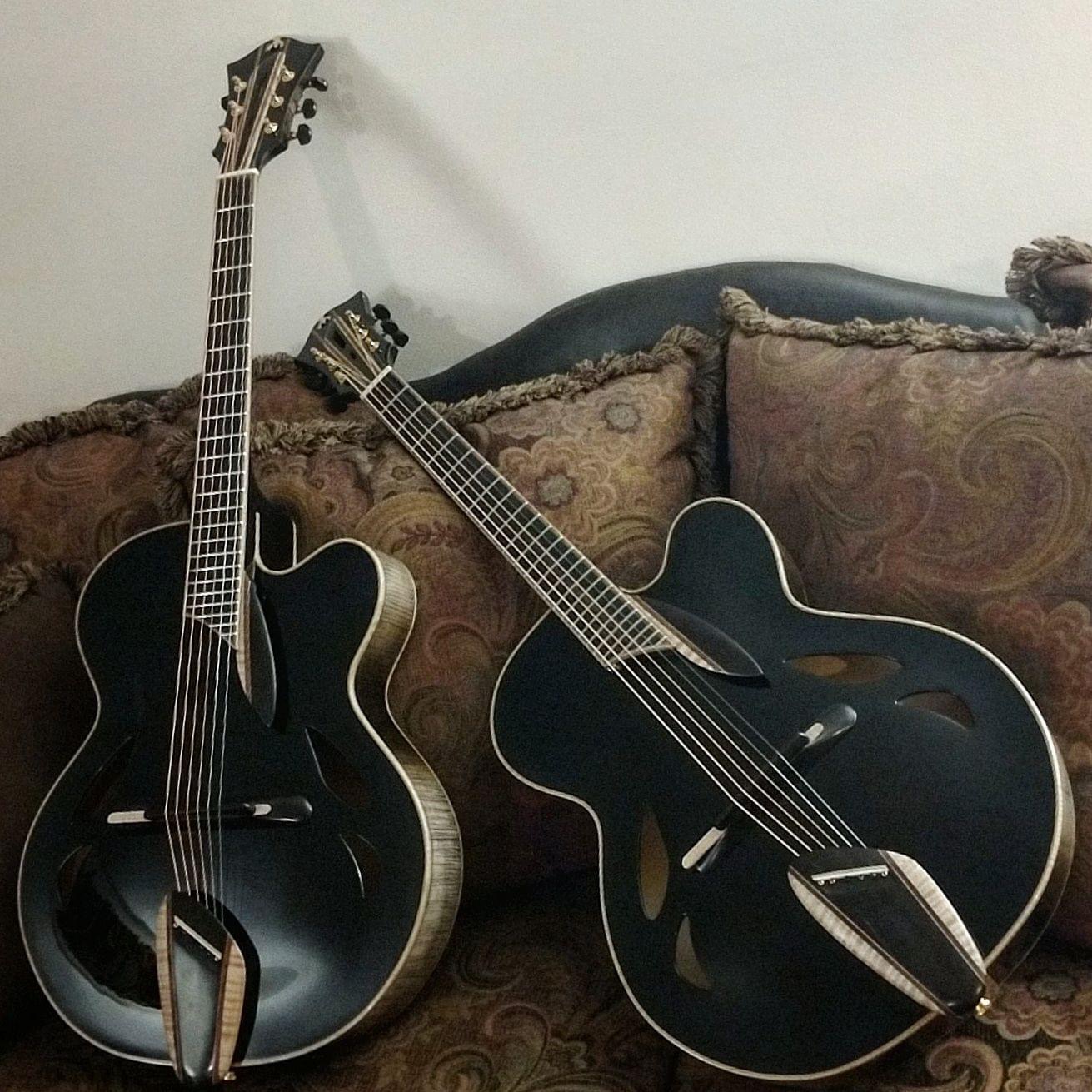 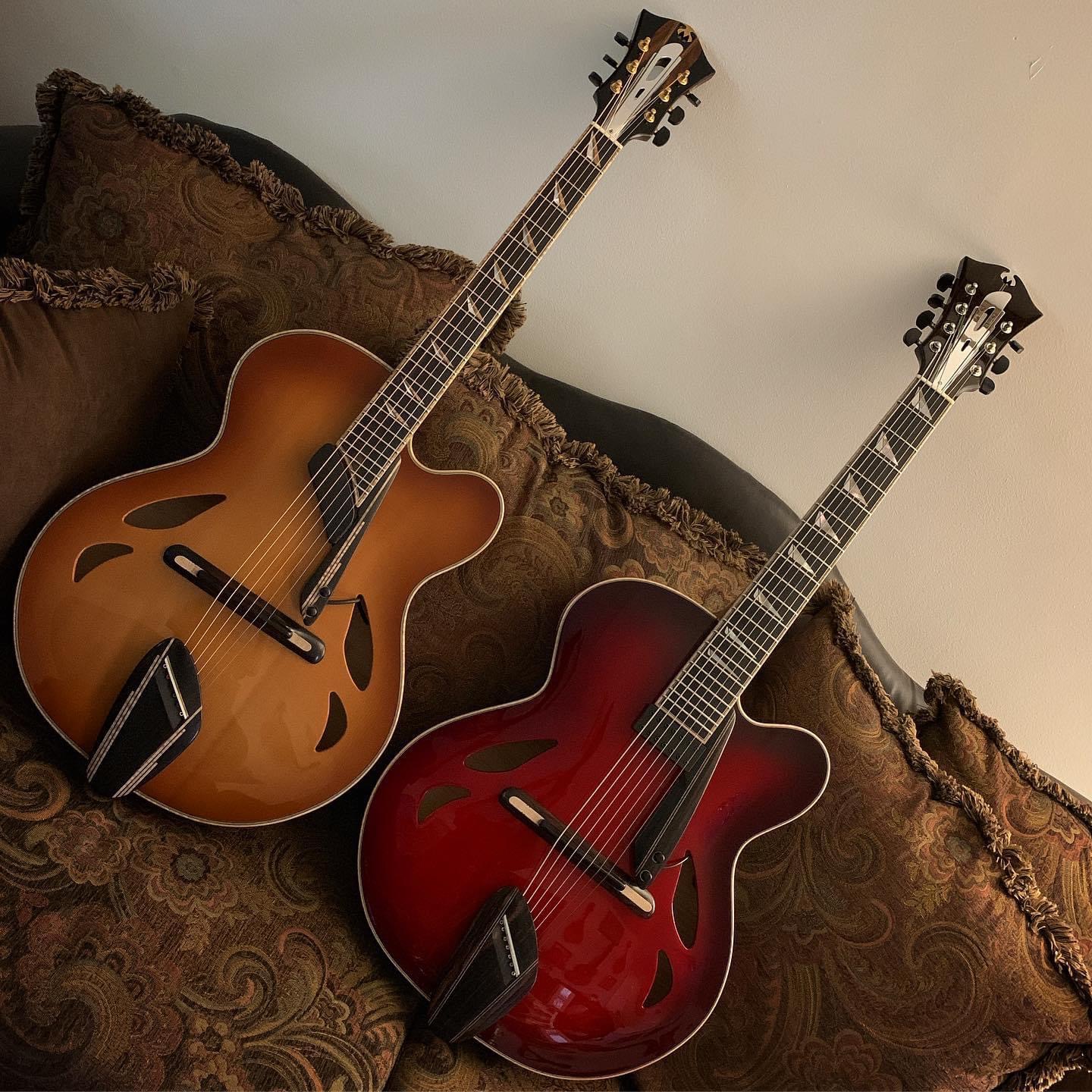 The son of Frank Mirabella, a classical musician and graduate of Juilliard, as well as a lead designer and draftsman for Grumman and the space program and Johanna Mirabella, a medical nurse. Cristian’s passion for guitar started with classical lessons at the age of five.

By the age of eleven, he had begun an apprenticeship in the construction and restoration of fine stringed instruments. It was during this time, the early 1980s, that he would be exposed and influenced, first hand by the talents of James D’Aquisto, as well as John Monteleone and others, including many of the noted New York players.

The apprenticeship would last nearly fifteen years and would later recognize Cristian as one of if not the last guitar maker of the new generation of builders to have been schooled in this traditional form of luthier education. However, it was with a natural progression towards independence and the desire to offer his clients the best of his work, that Cristian opened Mirabella Guitars and Restorations in the fall of 1997.

Today, with nearly 40 years of experience, Cristian Mirabella is considered one of the premier builders of the new generation of luthiers as well as one of the top restorers of D’Angelico, D’Aquisto, and golden era Gibson instruments.

Mirabella Guitars continues the New York Tradition and style of building from which Cristian was raised, as well as incorporates Mirabella’s own innovative ideas and designs. This balance, as well as the balance of visual art and acoustic science, are reflected in each of the instruments Mirabella creates. 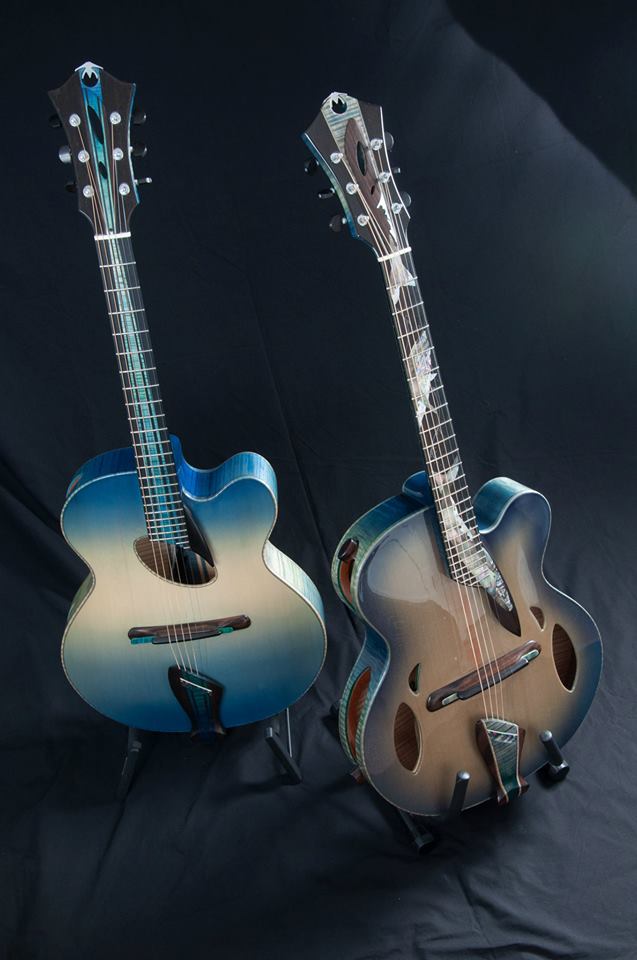 “His meticulous attention to detail has resulted in beautiful jazz guitars in the New York tradition of D’Angelico, D’Aquisto and Monteleone. Fine proportions, excellent playability and a responsive full tone are the attributes which set Mirabella Guitars apart.”

“So for all those other lovers of archtops out there, look up Mirabella Guitars and see our future.”

Thanks to Cris Mirabella for making me a spectacular instrument! A masterpiece! Her name is Scarlett and she is a sassy one! Cris, you are the Sculptor of Dreams!

“All summer with my Cris Mirabella guitar. Even on 38+ gigs, always perfectly in tune. I’m in love with this guitar!”

“I have had the privilege of playing some of the most exalted examples of arch-top guitars from the great masters of D’Angelico & D’Aquisto. While there are many arch-top guitar builders today, I believe Cris Mirabella’s superior workmanship, comprehensive understanding of arch-top design, and phenomenal sonic palate uniquely position him to continue the legacy of D’Angelico/D’Aquisto while creating instruments to fill the needs of the 21st century guitarist.”

“You would expect a Mirabella Guitar to have a beautiful design, incredible sound, amazing playability, and impeccable craftmanship. It’s all there. The thing however with this is, how did you put the magic in it that makes it’s my favorite guitar ever! Never fails to inspire me!

” One of the most creative talents of the lutherie community. Cris Mirabella’s depth of understanding, as they relate to woodworking, tonal quality, and creativity, make him one of the premiere guitar-makers today. His vast experience, past and current result, artistic sense, intense immersion into his craft, and a true passion for the instrument, are all visible in his work.”